↓ Skip to Main Content
Home › FAQ › Is a Private University More Difficult to Be Admitted To Than a Public University?

Is a Private University More Difficult to Be Admitted To Than a Public University? 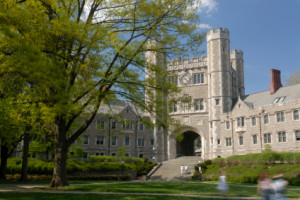 If you are asking yourself if a private university more difficult to be admitted to than a public university, it can be helpful to learn about some of the major differences between private and public schools. While both types of schools can offer respected undergraduate and graduate degree programs and deliver quality curriculum, the admissions guidelines and the rules that apply to each type of school can be very different. As a prospective college student who is planning to apply to one or more schools, understanding the differences can make a huge impact on the decisions that you make in the near future. Read on, and learn more about the admissions processes at private universities vs. public universities.

Is Admission Open to All Students?

It is easy to assume that you have the right to attend any college in the nation, but that is not always the case. There is a major difference in the laws that dictate public, state and federally funded schools versus privately funded schools. Public schools that are funded by government agencies are bound by strict rules that state that all students, regardless of their gender, race, sexual orientation or religious beliefs, must be considered for admission equally.

Is the Admissions Criteria More Strict?

The admissions criteria varies from school to school. Some public schools are extremely hard to get into simply because of the number of students that apply to the school. Public “flagship” schools tend to have the most difficult admissions process, according to College Confidential. These flagship schools are the main universities in the state and draw students from the region, from out-of-state and from overseas as well. Other public schools in the state that are near these flagship schools are easier to get into and accept a higher percentage of applicants than the average university.

Since public schools are supported by state funds, it is typically easiest to gain admittance into a university when you are an in-state resident. The same advantage does not apply if you are applying to private schools, because they are not financially supported by the state. Your residency will not play a role in your acceptance, but community involvement and academic performance may. It can also be said that having a parent or grandparent who is alumni of the school can benefit you when you interview with the admissions council. Private schools are not against receiving donations from alumni and these donations can be influential if sizable.

There are pros and cons to attending both private and public schools. If you are college-bound and you are trying to decide on a certain type of school, do your homework. The size, community and atmosphere can be different at each school, but most importantly so can admissions requirements. Be sure to familiarize yourself with what is most important to the councils. Once you look into this, you can generate a school-specific answer to whether a private university is more difficult to be admitted to than a public university.