↓ Skip to Main Content
Home › FAQ › What Is the Difference Between a College and a University?

What Is the Difference Between a College and a University? 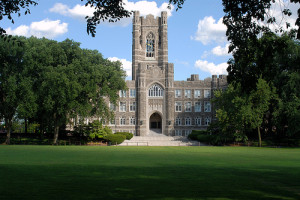 The difference between a college and a university is not always easy to ascertain. The terms are often used interchangeably to describe institutions of higher education, after all. There are some differences between the two types of school, however; they are intimately related, but not exactly the same, as the brief definitions offered by US News & World Report denote.

Colleges as Components of Universities

In one sense of the term, a college is a component part of a university. In that sense, the college will serve as an organizational body for a number of departments and other academic units that offer related programs of study—although it is true that some of the relationships will be somewhat unusual or difficult to perceive. A number of colleges will constitute a university, with the latter serving as an over-arching structure that provides administrative normalization and support for the non-academic necessities of life in higher education. Typically, housing, library and information services, athletics and other student life concerns will be under the purview directly of the university as a whole, while program requirements and curricula will be determined at the college level or lower.

The idea of colleges as component parts of universities is one inherited in the United States from such institutions as Oxford University and Cambridge University. In them, the individual colleges maintain academic structures, while the university as a whole coordinates among the colleges and asserts programs of study. The system changed when brought across the Atlantic into the United States, with roles shifting to some degree and other agencies (such as fraternities and sororities) taking over some of the functions of the English colleges in the US, but the transmission history is clear.

In addition to the idea of colleges as component parts of universities, there is the idea of colleges as being at a lower institutional level than universities. That is, colleges offer associates and/or baccalaureate degrees, while universities offer baccalaureate, master’s, specialist (higher than a master’s, but not as advanced as a doctorate) and/or doctoral degrees. This is not necessarily reflective of an applied/academic divide, as is often asserted; it is not the case that colleges, including junior, community and technical colleges as well as stand-alone baccalaureate-only schools, offer only career-focused degrees, or that universities do not offer what amounts to job training. Associate of Arts and Bachelor of Technology degrees both belie the common assertion, and such degrees as the MBA, JD and MD are themselves professional training despite being post-baccalaureate. But it is true that schools which offer degrees above the baccalaureate tend to enjoy more prestige than those which offer only undergraduate studies, even if it is often the case that the latter focus more narrowly on teaching than on the research which allows academic prestige to accrue. In a sense, then, the level-divide between the stand-alone college and the university is a reflection of the school’s emphasis; both research and teaching are necessary to scholarship, but the generation of knowledge at the university level tends to attract more attention than the teaching work which is often the collegiate mission.

There are other ways in which the two types of institutions differ. The most prominent difference between a college and a university, though, is likely to be one of those noted above, both in the United States and elsewhere in the world.