How Do Community College Credits Transfer? 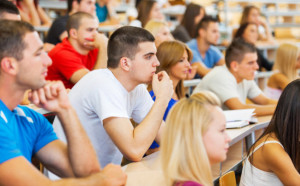 How community college credits transfer can be a matter of importance, as many who pursue their educations at community colleges do so, because they feel unprepared to enter the four-year institutions they hope to attend or because they want to complete prerequisite courses at lower costs than most baccalaureate institutions allow. The United States Department of Education has a great deal to say about the subject of moving from a two-year to a four-year school, but in each case, repeating the work done at the junior college level is not desirable. Knowing how the credits will transfer is thus of great benefit.

The surest way to ensure that the credits earned at a community college will transfer to a four-year school is to attend a junior college and a senior college that have what is called an articulating agreement. Some schools have formal partnerships in which they agree to recognize one another’s courses for credit, following specified rubrics to ensure that the level of education earned is equivalent. This is most common between schools within the same collegiate system; they are typically obliged by their systems to accept each other’s courses as legitimate class work. Local community colleges may also have agreements with local public universities, and some private institutions will work out individual agreements, as well. It is also most common for the core curricular courses such as composition and college algebra to be those recognized as transferable; four-year schools will generally want the classes particular to their majors to be taken at their campuses.

It will not always be the case, however, that students can move between colleges that have articulating agreements. Sometimes the programs of study suggested by their career goals will prohibit it, whether because of the uniqueness of the programs themselves or because program offerings require moving between schools that do not articulate. Other times, the age of the courses in question will become a factor. In such cases, transfer is still possible, but it is wholly at the discretion of the school to which the transfer is made. That said, there are some general principles that apply in most cases.

Typically, schools will only accept credits from other schools that have regional accreditation. That is, credits from schools recognized as offering valid courses may be accepted, but those lacking such recognition will not be taken. It will not hurt to have short statements prepared that equate courses taken at community colleges with their counterparts at four-year schools. Course numbers, titles and descriptions do not always line up, so explaining how a course at one school fits with the offering at another is sometimes needed to justify transfer decisions. The more closely they do align, or the better that alignment is explained, the more likely it is that a course or some courses will transfer. Even then, it is likely that courses transferred will be taken as electives, which does reduce the burden of coursework at the four-year school, but may not prevent all repetition, although that repetition offers the opportunity for an improved GPA, so there is still some benefit.

Related Resource: When to Start Applying For College

Other circumstances may arise, of course, and other policies, perhaps even laws, come into play. Having a basic understanding of how community college credits transfer can help in such cases, however, by offering a baseline from which to make other judgments in those circumstances.